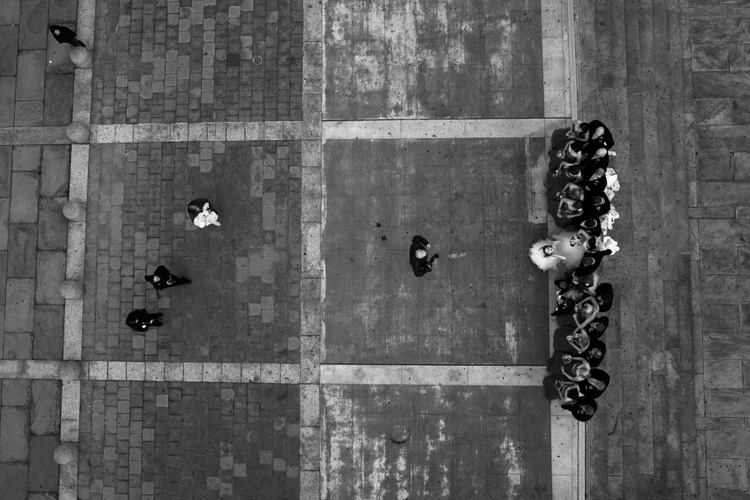 We are pleased to introduce Tomas van Houtryve to our roster of represented photographers.

Tomas is an artist, photographer and author whose work engages critical contemporary issues around the world. His imagery explores contemporary warfare and the modern State through issues such as drones, electronic surveillance, nuclear testing and Cold War ideology.

In 2015, Tomas received the International Center of Photography’s Infinity Award – among many other accolades – for Blue Sky Days, a longterm project thats mission is to “bring the drone war home.” Blue Sky Days applies the concepts of surveillance and foreign drone strikes in public spaces to similar situations across the United States. His eye is drawn to situations that mirror surveillance activity under military gaze; a group practicing yoga outdoors is easily mistaken for a group praying, a playground compared to those that were caught in numerous drone strikes. Each black and white image is accompanied by detailed captions that outline the similarities between his drone’s photograph and the view from its military counterpart.

Tomas is currently in production of a second installation to Blue Sky Days. A book will be released in Fall 2016 and the work will be exhibited in an upcoming show at the gallery.